Marijuana or hemp are some of the names used to refer to different varieties of the Cannabis Sativa. This plant, cultivated by multiple societies for thousands of years, has been a source of food, textile fiber, mystical experiences, and medicines.

Its great particularity is the contribution of molecules called cannabinoids, which act on the endocannabinoid system present in all mammals. This system is involved in multitude of physiological processes, and is regulated by different receptors (detail).

Our body produces its own cannabinoids, but it also responds to external cannabinoids, such as those in marijuana. These compounds modulate aspects as varied as the appetite, memory, pain, or nausea, hence the diversity of effects of this plant.

Cannabis has dozens of cannabinoids (detail), but mainly two have been studied:

The effect of each variety of marijuana will therefore depend on its contribution of these cannabinoids, and it seems that the demand as a recreational drug has favored variants increasingly rich in THC and poorer in CBD (detail), increasing its power but reducing its benefits.

Note: The variants used for tissues and food are very low in THC, and from them, for example, hemp protein is obtained.

exist synergies between the different compounds in marijuana (detail), being interesting to study the whole plant. However, its legal status makes these investigations difficult, and we will focus on the impact of each of its cannabinoids.

THC (tetrahydrocannabinol) is mainly responsible for the effects that we associate with marijuana: euphoria, loss of coordination, reduced memory and, in most cases, hunger.

Is marijuana therefore fattening? It is a complicated relationship.

But before concluding that marijuana is a fat-burning supplement, remember that correlation does not imply causation, and there is probably another explanation.

According to this study, marijuana tends to reduce alcohol consumption, which generally fulfills the same recreational function but with many more calories. What’s more, your risk of addiction is lower (study).

Beyond these typical observational confounders, clinical trials confirm that marijuana increases caloric intake (study, study). In a world flooded with ultra-processed foods this is bad, but not in all cases, and for example THC has been used with success in diseases that cause dangerous weight loss, such as anorexia, AIDS, or cancer (study, study).

Similarly, a generally detrimental impact of THC, such as memory inhibition (study, review), could become a desired effect in the case of people with posttraumatic stress, where forgetting might help (study, study).

Perhaps the best known benefit of THC has to do with improving the glaucoma, by reducing intraocular pressure (study, study, study). It achieves this effect by dilation of the ocular capillaries, explaining another known symptom among its consumers: red eyes. 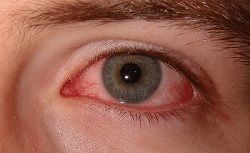 In summary, THC has therapeutic potential but in very specific cases, and the associated risks mean that it must be used with care.

For these reasons I am more interested in CBD, with broader applications and minimal risk.

CBD (cannabidiol) is a complex molecule that interacts with our body through multiple mechanisms, not fully known (detail). It acts as an adaptogen and modulator of different processes, hence the diversity of its effects (detail).

There are references to the use of cannabis against pain from the year 2,900 BC. C. (detail), and recent studies show its effect (study, study):

CBD is much safer than opioid drugs (study) and, as we will see shortly, it could help reduce its abuse.

Traditional antidepressants have dubious medium-term efficacy and many side effects (detail), hence the importance of evaluating alternatives such as CBD.

Studies in animals show positive effects (study, study), and although the evidence in humans is scarce (review), it could help reduce anxiety disorders (study and social phobia (study). 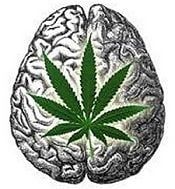 The effect of marijuana in different neurological disorders is being investigated, and the results are promising in some cases (review):

As it does not produce psychoactive effects, CBD is not addictive, and in fact it could help fight drug or alcohol addictions (revision).

The first studies were done on rats, which when taking CBD showed less interest in drugs (study, study).

A study in smokers found that the CBD-treated group subsequently smoked a 40% less than the group given a placebo.

One of the causes of mortality that is growing the most today is opioid pain reliever overdose, and the legalization of marijuana could combat this plague (study, study, study).

Also, it seems enhance the effectiveness of different drugs and treatments against cancer, but the studies are still preliminary and in animal models (study, study, study, study). 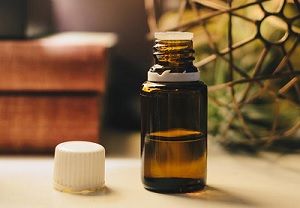 There are multiple ways to take CBD, but three stand out:

Studies use highly variable doses, from 20 to 2000 mg, even if it is not recommended to exceed 600 mg (detail). If you want to experiment, start with small doses.

If you want to try a good CBD oil, I recommend WeBotanix (you will have a discount with the code FR10).

Like its effects, the risks vary according to quality and composition. For starters, marijuana presents risk of addiction, but much lower than legal substances such as tobacco or alcohol (study).

There is also some risk of neurological damage (study) and of schizophrenia in people with genetic predisposition (study). These risks are primarily mediated by THC, and in fact CBD is associated with lower risk of schizophrenia (study).

The risk is increased when consuming marijuana before completing brain development, hence it should be avoided in the case of adolescents (detail).

The CBD isolate, Conversely, is well tolerated and presents few risks, as recognized by the WHO itself (detail). That being said, it could interact with some drugs, so be careful if you are medicated (detail).

If we already refer to marijuana, the criteria for defining which drugs are legal and which are not many times more political than scientific. For decades the dangers of marijuana have been exaggerated while its potential benefits have been ignored.

With that said, let’s not forget that our ancestors treated these plants with respect, and we must follow their example. The evidence is still scant and its abuse as a recreational drug carries risks, especially among the very young.

Used strategically It can be a powerful tool, but depending on it to have fun or escape our problems is a bad idea. Evading reality will not improve it. Facing it with mental clarity yes.