In the first part, I summarized several misconceptions and mistakes of the Paleo diet naysayers. But also in the Paleo side Questionable claims or recommendations are made. Today I summarize some of the main ones.

1. Have not our genes changed since the Paleolithic?

“There have been no biological changes in humans in the last 40,000 years. Everything we call culture and civilization we have built with the same brain and the same body “- Stephen Jay Gould

This statement by famed paleontologist and evolutionary biologist Stephen Jay Gold is largely true. If you had in front of a Homo sapiens from 20,000 years ago, dressed and groomed like any other citizen, you would not notice anything strange. But even though our genes have barely changed, small variations can have big impacts.

For example, as the agricultural revolution spread, evolution favored those who developed mutations that allowed them to tolerate more dairy and higher carbohydrate loads. The predominant diet of each zone also facilitated the expansion of many other genetic variations, as studied by nutrigenomics.

That is, civilization did not stop evolution, and in many cases accelerated it (study). The faster the environment changes, the faster any mutation that confers some protection spreads. And the more people, the more possible mutants.

As a result, the latest populations to adopt agriculture are generally those who suffer the most from the western diet, having had less time to adapt. For example, Aboriginal Australians and North Americans have the highest known rates of obesity and diabetes (detail, detail).

In short, no one is well adapted to a industrial diet, but the descendants of Europeans have, for example, a greater tolerance to Neolithic foods.

On the other hand, we should not only consider the evolution of our human genome, also the bacterial one. The genes of our bacteria far outnumber ours, and they evolve much faster. Improving the microbiota facilitates the digestion of modern foods, such as milk (study) or gluten (study, study), even among the least adapted.

2. Didn’t we eat legumes or cereals?

We do not start growing cereals or legumes by chance. Its wild varieties were part of our diet since long before the Neolithic (study). There is evidence of consumption of lentils and oatmeal in hunter-gatherer societies (study), but in insignificant quantities. Over time, some of our ancestors probably observed that where the remains of the dinner fell, new plants came out, and they had an idea: “If we spread the seeds next to the camp we will not have to go to look for food in the middle of the forest”. 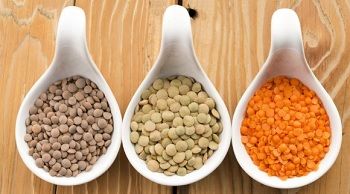 The strategy worked, and more food resulted in more population, increasing our dependence on these new foods. But only in especially agrarian societies is there a decline in health, which is not appreciated for incorporating these foods as a complement to a more ancestral diet based on foods of higher nutritional density.

In summary, including legumes and certain cereals can have more benefits than drawbacks in many cases, in addition to being cheap foods.

3. How bad are antinutrients?

The great battle of the Paleo world against grains and legumes centers on the famous anti-nutrients: phytates and lectins.

I have covered this topic many times, for example when talking about nuts. We could summarize it in three main points:

In summary, if you do not have specific problems or notice discomfort with these foods, I do not see it necessary to eliminate them, that is why we include them in the The Revolutionary Plan, although in less quantity than foods with higher nutritional density.

The control of fire predates Homo sapiens, and thanks to cooking we were able to obtain enough energy to develop our prodigious (but hungry) brain. The fire allowed us to extract many more calories from foods such as meat and root vegetables.

Focusing on the tubers, the original Paleo diet allows sweet potato but prohibits potato. The justification for this restriction is twofold: saponins and glycemic index. 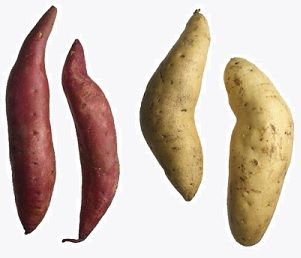 Starting with saponins, the same happens as in the case of phytates and lectins. Some people are sensitive to them and should limit them, but moderate consumption is beneficial for most (study, study, study). In addition, saponins tend to concentrate on the skin, and they degrade in heat (study).

With respect to glycemic index, is an unhelpful metric applied to real food, and I explain why here. The cooked potato is also one of the most satiating (study), helping control hunger.

Others argue that sweet potatoes are more nutritious than potatoes, but that is not true either. As the following table reflects, neither has a clear advantage, and the best option to maximize nutrition is to incorporate both.

An additional benefit of the potato is its contribution of resistant starch, absent in the sweet potato.

Bacon is succulent, but it is not the best food. Of course you can include it from time to time, but to a lesser extent than fresh meats or fish.

Processed meats are generally associated with more disease, especially colorectal cancer. Part of the problem is undoubtedly the low quality of industrial sausages, and an acorn-fed Iberian ham has nothing to do with a cooked Campofrío ham.

Precisely one of my criticisms of conventional diets is that they are many times high in cold cuts. Do not make the same mistake. There is not much difference between bacon and ham.

If you have access to quality sausages you can consume them more regularly. If not, I would limit them to a couple of times a week.

For decades, fats had a bad name. They were accused of increasing cardiovascular disease and obesity. Light products emerged, skimmed dairy became popular and we began to throw out the egg yolks.

Today we know that it was a big mistake, but some have gone to the opposite extreme. They believe that a high-fat diet is the only acceptable diet for humans, and that carbohydrates by themselves lead to overweight and diabetes.

This belief is as wrong as the previous one. No single macronutrient is bad, and there are no optimal ratios for everyone. The concept of “balanced diet” does not mean anything. We are adapted to different macro distributions, which also varied according to the seasons and the weather. And the wild animals we used to hunt had less fat than today’s domesticated ones. 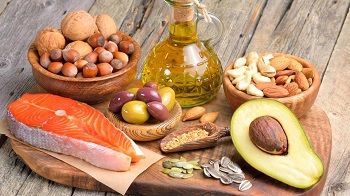 If you choose your food well, macros are secondary. If you need guidance, start by setting the protein and then balance the carbohydrate / fat ratio based on your insulin sensitivity, physical activity level, and preferences. A genetic test can also help you.

Continuing with the fats, some go further. They believe that ketosis is the natural metabolic state of the human being, a hormonal nirvana that we should never give up. As an argument they often mention the Inuit, Arctic people with very low carbohydrate consumption.

However, the Inuit have undergone specific adaptations to that environment, and some widespread genetic alterations in this population precisely allow them not to enter ketosis despite restricting carbohydrates (study).

This is logical if we understand ketosis as a Horretic stressor that produces interesting benefits applied from time to timeBut any stressor held for years can be troublesome. That is why I recommend limiting it to certain times of the year.

Although there is no evidence of long-term harmful effects, and many people stay in ketosis for decades, it is absurd to present a ketogenic diet as the best nutritional strategy for humanity.

It’s legitimate to reward yourself with a good dessert every now and then. A healthy lifestyle includes being able to celebrate a special event without doing mental calorie calculations or long-term impact analysis of each ingredient in a cake. Company is as important as food.

It is also valid to try paleolize traditional desserts, using flours more nutritious than wheat (for example almond), butter instead of margarine, coconut oil instead of refined palm oil, or sweeteners less harmful than sugar. 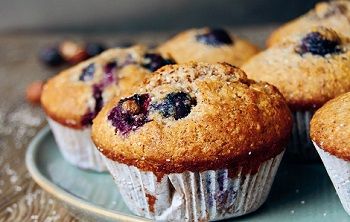 But these adaptations do not confer paleomuffin the properties of vegetables. The combinations of flours, fats and sweeteners also generate hyperpalatable and less satiating foods. We easily deceive ourselves, and the perception of healthy makes us eat more (study).

No matter how paleo the ingredients of your crepes are, they are for occasional consumption (1-2 times / week), don’t consider them real food.

As a summary, I repeat the same as in the previous article: evolutionary nutrition is the best starting point to get closer to our ideal diet, but it doesn’t have to be the end point and, above all, it must not become an unquestionable model. Let’s not replace one dogma with another.

Putting on the Paleo label can shape your identity and help you change, and that’s a good thing. But identity is often transformed into ideology, And that is bad. You start to ignore any evidence that does not fit your beliefs or to propose simplistic measures for complex problems.

Use the labels if they help you, but don’t get sectarian. Although today’s society penalizes ambiguity, don’t get pigeonholed. Learn, experiment and constantly question. Nutrition is a science, not a religion.