Green tea, like the other variants, is obtained from the leaves of the Camellia Sinensis plant. But unlike black or oolong tea, green tea does not ferment, remaining closer to the original form of the plant and retaining, for example, a greater amount of catechins.

Its consumption began in China thousands of years ago, and it was initially used as a medicinal drink.

Today we will review its benefits, my favorite variety and a special recipe to use in the kitchen.

Let’s review below how the combination of these compounds affects our health.

The keys to losing fat are diet and training, but some supplements can enhance the effect, and green tea appears to be one of them (study). 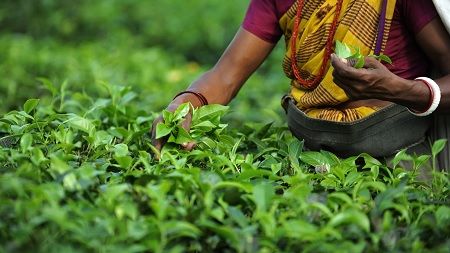 We know several benefits of green tea when it comes to losing weight:

Several of these effects are primarily mediated by caffeine, but others are enhanced thanks to the action of catechins (study, study, study). In a previous article we saw the synergies between caffeine and EGCG.

In this meta-analysis, people who drank green tea lost an average of 1.3 kg more than those who did not. It is not to shoot rockets, but everything helps. 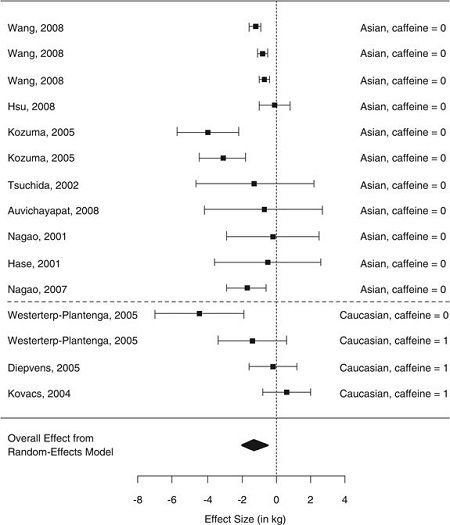 That said, several studies in sedentary subjects found no weight loss (study, study), supporting what we saw at the time: green tea amplifies the effect of exercise, but by itself it is not very effective.

And again we know different protective mechanisms of green tea (detail): it reduces the risk of metastasis (study), mitigates DNA damage (study) and enhances the immune system (study, study), among others. 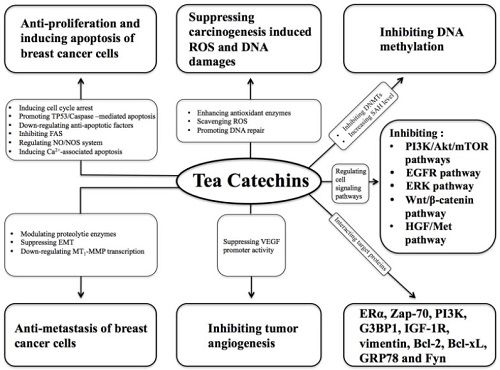 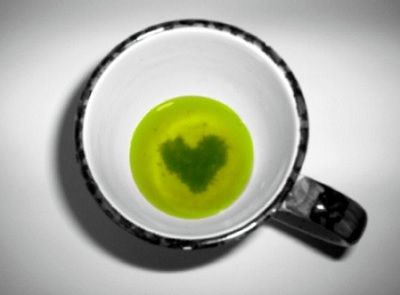 To maximize the antioxidant power of tea it is recommended do not add milk, especially skimmed, by reducing this especially its antioxidant capacity (study).

A cup of green tea has about 30-40mg caffeine, about a third that of coffee, but enough to work.

When our brain is awake it produces adenosine, which binds to its receptors to signal sleep. As these receptors are activated, our desire to sleep increases.

The molecular structure of caffeine is similar to that of adenosine, thus blocking its receptors and causing our brain to delay sleep. 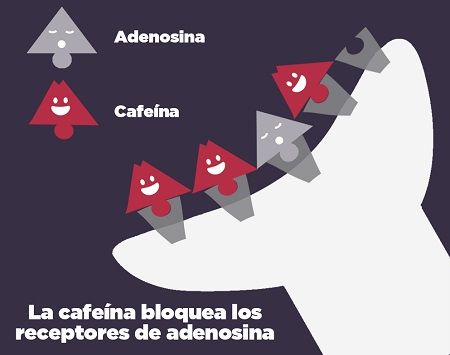 But also, we saw that tea provides a special amino acid: L-theanine, which produces a feeling of concentrated calm, or relaxation without drowsiness. It boosts alpha brain waves (associated with relaxation) and the production of GABA, a calming neurotransmitter (study, study, study, study).

This can help you perform better in situations of mental stress, keeping you alert but not overstimulating (study, study). And the effect of theanine is enhanced by caffeine (study, study, study).

The consumption of green tea is also associated with less cognitive decline (study), and different compounds could explain this effect.

First, caffeine appears to play a protective role. Coffee itself (1-2 cups a day) is also associated with a lower risk of disorders such as Alzheimer’s (meta-analysis, meta-analysis).

Catechin EGCG it is not far behind, and it appears to protect against disorders such as Alzheimer’s or Parkinson’s (study, study, study).

The problem with all of the above is that to reach the levels used in some of the studies you would need to take 4-6 cups of green tea a day. It’s not far-fetched, but it’s not very practical either.

On a trip to Japan, I found the solution: matcha tea. 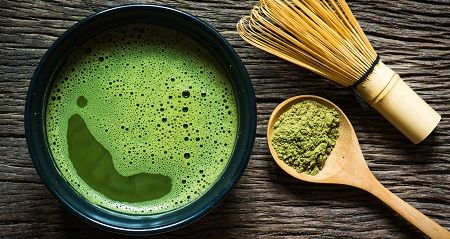 Obviously obtained from the same plant, but there are two relevant differences in its production:

In this way, the benefits of the plant are obtained with fewer cups (1-2 grams of matcha tea per cup is recommended).

And there are multiple specific studies with this variant: it inhibits the growth of tumor cells (study), increases fat oxidation (study), improves attention and memory (study), reduces anxiety (study) …

The only precaution is that it also provides more caffeine than green tea normal (although less than coffee), that’s why I prefer to enjoy it in the morning.

Being a powder, matcha tea can easily be used in multiple recipes, for example in these muffins that we recently prepared. 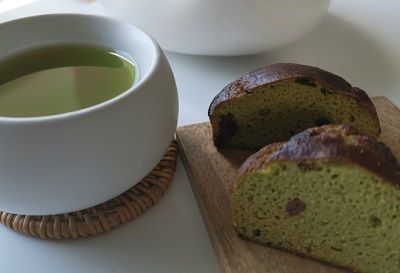 There are few risks with tea, but one of them is that tannins reduce iron absorption (study, study). In men this will rarely be a problem, and may actually help mitigate the dangers of excess iron (more detail).

In people with low iron levels it is preferable not to drink tea near meals, or add a little lemon juice. In addition to providing flavor, its vitamin C facilitates the absorption of iron, and incidentally enhances the bioavailability of catechins (study, study, study).

If you take tea extract in capsule form, you should be more careful with the dose, since some studies show altered liver function with high doses (study). As a precaution, it is recommended not to exceed 800 mg of EGCG per day (detail).