Modern society treats pregnancy as a disease. For example, pregnant women are classified as a vulnerable population and are excluded from most studies (detail). So we know less than we should about the effect of physical activity on pregnancy.

When in doubt, many doctors recommend rest, thinking that it is the safest, and most women abandon physical activity during pregnancy (study), assuming that rest is the most important thing during this stage (study).

But just as immobilization is not the most effective in rehabilitating injuries (review), there is no evidence that rest offers any benefit to a pregnant woman (study, detail), rather the opposite.

We would not have survived as a species if, for our ancestors, pregnancy had been synonymous with disability.

Some time ago we talked about eating during pregnancy, today we review the existing studies on the effect of physical activity for the mother and the baby, and we see concrete recommendations to configure an effective plan.

Benefits for the mother

Let’s start with the important thing, your abs. A study concludes that 90% of sedentary women during pregnancy suffered from abdominal diastasis, compared to only 12.5% ​​in women who continued training.

Abdominal diastasis is the muscular separation of the rectus abdominis. Not only is it unsightly, it is annoying and can lead to problems in the future.

If you are concerned about fat accumulation, studies also show less weight gain in women who were physically active during pregnancy. 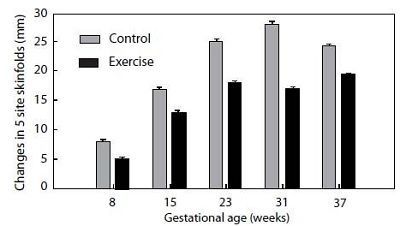 Now that I have your attention, let’s move on to the rest of the studies.

Physical activity during pregnancy is associated with a lower risk of hypertension, gestational diabetes, dyspnea, and pre-eclampsia (study, study, study).

Another study: women who continued physical activity during pregnancy had shorter and less troublesome deliveries, for example with a lower risk of acute fetal distress.

And we are not only talking about light physical activity (study) or in the early stages of pregnancy. There are studies that analyzed strength training with medium and high intensity, without observing negative effects on pregnancy (study, study).

Another study compared low, medium and high levels of training, and all indicators (length of hospitalization, incidence of caesarean sections and Apgar test) were more positive in the group with the highest level of physical activity.

We also know that strength training reduces the need for insulin in pregnant women who have developed gestational diabetes (study).

As always, more is not necessarily better. Must adapt the intensity to the capacities of each woman. This study for example does not recommend exceeding 90% of the maximum intensity.

Finally, a recent study by the University of Granada subjected a woman (already an athlete) to demanding physical tests during pregnancy, such as running a half marathon or a 10 km competition during the third trimester of pregnancy, along with frequent weight training . Not for all moms, of course, but one more example of that pregnancy does not justify inactivity.

Benefits for the baby

In the previous article on pregnancy we saw the importance of this phase in the future of the baby. Not only is the DNA of a new life created, it is also programmed, through epigenetics.

The mother’s behavior during these months will leave a mark on the baby’s genetic expression, for his whole life:

Now that the benefits are clear, the question is how to incorporate physical activity in pregnancy?

A good program during should consider a mix of mobility / posture, strength and aerobic training.

The first thing, the posture

Many women associate pregnancy with pain: back, neck, head … It shouldn’t be like that. The woman’s body is prepared to withstand pregnancy without so much suffering.

But our poor mobility magnifies the problems when we add weight (a growing fetus) on a dysfunction. Pain is the manifestation of the starting deficiencies.

Before you think about incorporating a lot of physical activity, correct your posture. The sooner you do it, the more bearable the pregnancy will be.

This image summarizes how posture tends to deform as pregnancy progresses (left), and how you should correct it to minimize associated problems (right). 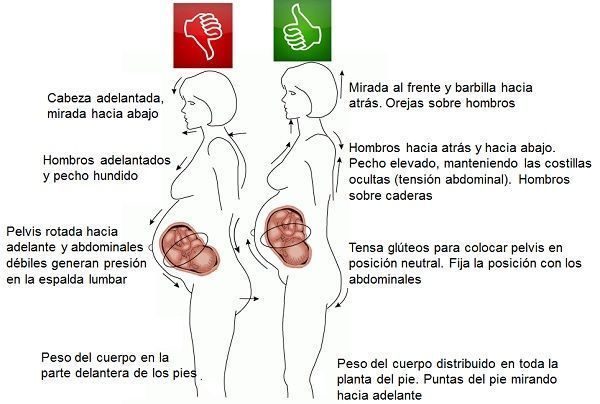 Correct posture will reduce typical back and neck pain, as well as the fatigue associated with inefficient posture. By exerting less pressure on the abdominals, you also minimize the risk of abdominal diastasis.

And of course, no high heels during pregnancy!

Includes some kind of strength training 2-3 times a week.

If you already followed a program, it is not necessary to make adjustments during the first trimester, but listen to your body. Some women feel more nauseous at first, so they will necessarily have to reduce the intensity.

Working the deep abdominal muscles will minimize the weakness produced in this area by pregnancy. We are talking about your natural girdle: transverse abdominal and internal oblique. These muscles also play a relevant role in childbirth (study).

If you use machines you will not activate the abdominal area or the stabilizing muscles of the back, better body exercises and weights, which indirectly work these muscles.

You can also do some direct exercises, like abdominal plank (front and side), but only for the first 6 months. In the third trimester the weight of the baby can put too much pressure on the rectus abdominis, contributing to the problem. Anti-rotation exercises are also recommended for the obliques (see more exercises). 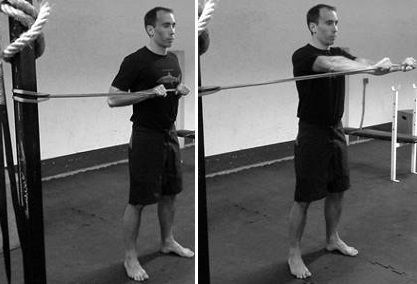 There is a lot of talk about the impact of pregnancy on the pelvic floor, and it is certainly a factor, but the real problem is the same as always: evolutionary incoherence. 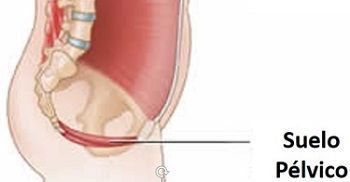 Recommendations to minimize the risk of pelvic floor dysfunctions:

Although there are studies showing the safety of strength training at intensities up to 90% of the 10RM even in the third trimester, I would not recommend exceeding 75% of the RM during the last months of pregnancy, prioritizing higher repetition ranges (10-15).

From the second trimester, it is recommended avoiding exercises in the supine position (lying on your back), can reduce blood flow to the uterus.

Don’t just focus on the lower body. Strengthen back and shoulders It will counteract postural deformation.

Another aspect to consider during the third trimester is that the joints become more lax (due to the hormone relaxin) and the belly slightly shifts the center of gravity. Both factors can influence balance and stability when training. For this reason, you must take extreme precautions if you work with free weight. If you notice dizziness, it is more advisable to base your workouts on body exercises.

As in the case of strength training, you do not need to make any adjustments during the first trimester.

If you like running, you can keep doing it, but make sure you have good technique. Extra weight on poor technique can be devastating to the joints.

The general recommendation during the last quarter is to keep the heartbeats below 140And while there’s no real evidence to support this idea, you don’t need to raise your heart rate excessively to reap the benefits. Some experts recommend ignoring the pulsations and based on the scale of perceived exertion, not exceeding 14-15 on the classical scale. It is not advisable to do high intensity intervals in recent months.

As the pregnancy progresses, you can incorporate stationary, elliptical or swimming bike, reducing the impact on the joints. A couple of sessions a week of 15-30 minutes is enough (a little more if you were in good physical condition).

And of course, walk as much as you can.

Caution: baby on board 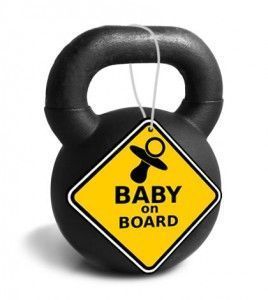 Pregnant women should not be considered invalid, but neither should they be subjected to unnecessary risks.

If you are looking for inspiration you will find it: women lifting 130 kilos in week 40, running Spartans at 7 months or doing weights and chin-ups until the last day …

But don’t get carried away by emotion. They are women who had a good physical level prior to pregnancy. This is not the time to break records, race your first Spartan, or perform heroic deeds. It is simply take advantage of the enormous benefits of exercise (for mother and baby), minimizing the risks.

Every pregnancy is different. If you have nausea or fatigue you should dose the training. There are cases where reducing physical activity is justified, but if you feel well, do not rest simply because it seems to your environment the most insurance.

If you want complete examples of routines adapted to pregnant women, check this program.

Your baby’s destiny begins to take shape in the womb. The genetic expression with which he is born will determine many aspects of his future life, and your physical activity can give your child a head start.

More and more experts recognize that, in the absence of specific contraindications, sports practice should be promoted during pregnancy. A sedentary mother risks her health and that of her baby much more than an athletic mother.

Of course, you have to make periodic check-ups, be attentive to symptoms such as bleeding, excessive swelling of the legs or chest pains. But women are much stronger than society makes them believe.