Skip to content
At previous article I talked about cellulite, and its causes. The (excessive) obsession of many women to eliminate cellulite has generated a billion dollar industry, which promises immediate, miraculous results, and most of the time only offers one quick way to get money their victims, in some cases endangering their health.

It is impossible to keep track of all the ‘magical’ inventions that have been sold in recent years. The fact that no treatment has shown noticeable and lasting improvements means that many women are trying method after method. Companies are forced to bring new products to the market regularly, with the message ‘… If the previous product did not give the expected results, there is nothing to worry about, the new advanced formula will destroy cellulite once and for all…«. Yes, of course, this time yes …

But in fairness, not all treatments are useless. Some offer certain results, and there are studies (rarely conclusive) that support them. Today I am going to talk about some of the ‘solutions’ proposed by the industry, to which thousands of women have been submitted, and what science tells us about them.

While there are hundreds, or thousands of treatments on the market, the vast majority fall into one of these categories:

The variety of creams on the market is impressive, and the margins for manufacturers are astronomical. The vast majority have no foundation.

Among those that have some scientific support (although questionable), we could talk about the following:

The advantage in the case of creams is that it is simple self-experience. Try using the cream only on one leg for a few months. Look at the difference, and decide if the results are worth the price.

What is proven is that the effect of these creams, when it exists, is temporary. Stop using them for a few weeks, and you’ll be the same.

There are hundreds of machines and types of massages, but simplifying, they are based on one of these principles:

Some of the methods in this category have significantly longer-lasting effects than those reviewed so far, but the associated risks are also greater. When you decide to go under the knife, or inject substances under your skin, the risks increase. Let’s see the most common methods: 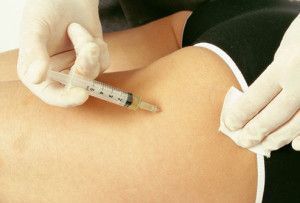 My goal with this article is to simply give certain guidelines on existing treatments for cellulite, based on what little science exists about it, but which will always be better than corporate marketing. For those women who really have a serious cellulite problem, I recommend doing more research on the different treatments, really understanding how they work, what to expect, and the associated risks. But if this is your case, please do not do it without first reviewing the article that I will publish soon, on more natural methods to improve (I will never talk about eliminating) cellulite.

Remember that cellulite is the perfect ‘problem’ for the cosmetic industry. All treatments, to a greater or lesser extent, are temporary (study), so it is necessary to repeat the treatment over and over again, with a continuous expense on the part of the clients.

Like have I ever talked about how the food and pharmaceutical industry seem to conspire to earn money at your expense (some designing foods that make you sick and others designing medications, which you must take your whole life, to treat the symptoms of diseases caused by these foods), here we find something similar. The ‘fitness / fashion industry’ defines unrealistic beauty standards, which the cosmetic industry promises to achieve, with temporary (and ineffective) treatments that you will depend on forever.