I often have a hard time getting started running, but once I run for a mile or so it gets easier. Is this normal? What can I do to overcome this? -Sara Parker

I often receive the question or comments from runners on the start of a run being painful or hard to get underway compared to the rest of their run.

If you often find yourself struggling at the beginning of your runs you are not alone. In fact, I’ve never met a runner that doesn’t have some sort of difficulty at the beginning of their run, compared to the rest of it. It may be more challenging to get underway on some days more than others, but the experience is universal. This is where the saying “the first 2 miles are the worst miles” comes from.

Why Are The First 2 Miles the Worst Miles?

Let’s start out with the reason for this and then I have some strategies for you to mitigate this.

The reason for this is simple and rooted in a basic theory of aerobic exercise. In the first few minutes of running it is a struggle because your body starts off in the anaerobic state. Not sure what this means? Read more on aerobic vs. anaerobic exercise.

After 8-10 minutes (depending on your fitness level) of continuous cardio-respiratory exercise your body transitions to the aerobic state. For most runners this means after the first mile, but sometimes it can take well into the second mile before you get into rhythm feeling more comfortable and relaxed.

The key is, get to that point. If you head out on a run and you are just not feeling it during that first or second mile don’t give up! More than likely it is due to the reason above and is not indicative of how the rest of your run will go.

I’ve had many times where I go out on a run and just feel awful at the beginning of it. I could be in the heart of marathon training and feel winded, exhausted or getting side stitches in the opening mile as if I am completely out of shape. I’ve had runs that have started out like this where I ended up crushing it for the remainder of the run.

3 Strategies To Mitigate This

1) Never go out full effort from a cold start. Even if you are only going a short distance it is not advisable to go maximum effort without a warm up. Depending on your ability, consider a light jog, running at a very easy pace or speed walking before you begin your planned run. Then, run your planned run at the planned pace for the entire distance.

2) Plan to run the first mile of your run at a slower pace than the rest of your run until you are warmed up. This doesn’t add additional time or distance to your planned run and still allows you to complete most of it at your planned pace.

3) Run a progression run. While there are many takes on this type of run, the way to implement it here is to determine the average pace you want to run for the entire distance and run the first half slower than planned pace and the second half faster than planned pace, with planned intervals of equal distance of progressively faster paces.

Example: Say you want to complete a 5 mile run at an 8 minute per mile pace. You would run each of the segments as follows:

This results in running your entire distance at your goal of 8 minute per mile while minimizing the effect of the first mile or two being more challenging at an 8 minute per mile pace right out of the gate. This doesn’t add additional time or distance to your planned run and still allows you to achieve the overall time 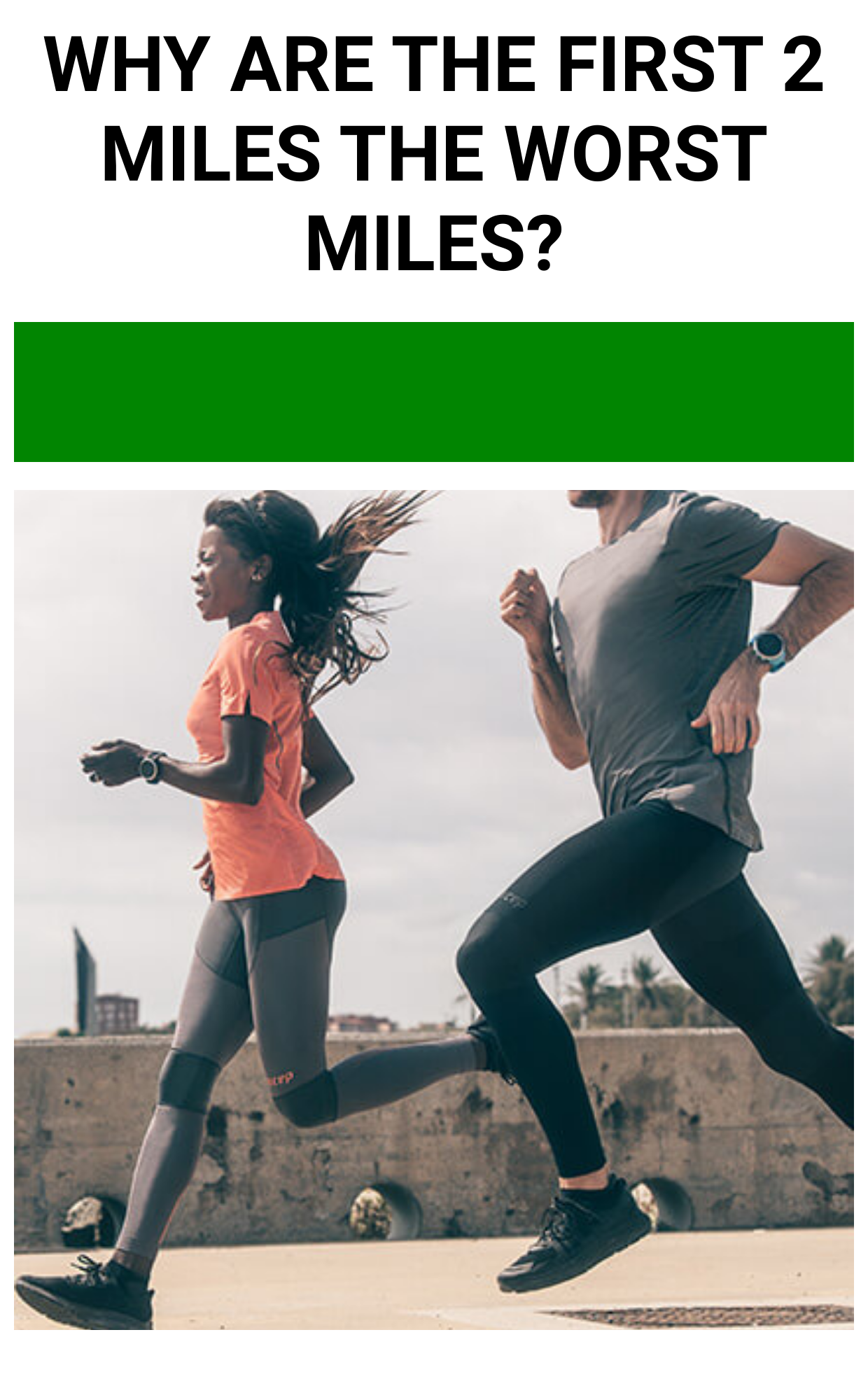